OGDEN — It seemed a weekend didn’t go by in February without a school robotics competition being held — from FIRST LEGO League and FIRST Tech Challenge at Weber State to the VEX IQ state championships held at Davis High.

On Wednesday, students of all ages in Davis, Ogden and Weber school districts participated in a different kind of robotics competition — SeaPerch, where the robots have to function under water. The competition was a regional qualifier for the international SeaPerch competition at the end of May.

While the competition took place at the Swenson Pool on Weber State’s campus — and with the support of Weber State’s Center for Technology Outreach — teachers and staff in Weber and Davis districts had key roles in organizing the event.

Northern Utah students clearly have many options when it comes to robotics clubs and competitions, but SeaPerch offers something a little different than the others, said Bethany Carlton, second-grade teacher at Doxey Elementary in Sunset and one of the event’s organizers.

With other competitions, “all the parts are already prebuilt — you’re just adding on,” Carlton said. But in SeaPerch, “(Students) can think outside the box. … They can use any parts they want. They can use water bottles. They can use noodles.”

The fourth- and fifth-grade teams that Carlton coached were drilling PVC pipe and learning how to solder, she said.

This opportunity to be creative might be why more than 70 teams flocked to the event, even some that hadn’t registered, she said — even though most youth prepare for the event outside of their regular classes.

But the fact that the robots go underwater is its own draw, said Geoff Warren, another event organizer who teaches STEM (science, technology, engineering and math) classes at Syracuse High School.

“I tell people that ‘hey, I’m preparing kids for an underwater robotics competition,’ and even people who don’t have any aptitude in STEM just think that it’s a really cool thing that kids can deal with remote-control submarines,” Warren said.

“And they start asking, ‘Well, how do they do that? What about radio waves — can they even get a transmission under the water?’ … The questions just start to bubble up from people that aren’t involved in education at all,” he continued.

In addition to evaluating the performance of the underwater robots, professional judges at the event — many of them from Hill Air Force Base — evaluated students’ abilities to communicate the process and setbacks they went through to build their bots.

“Every single one of (the judges) was really excited that we were including that communication aspect into (students’) … process because a certain percentage of their day is … writing and detailing reports that are just communicating the engineering that they’ve done,” Warren said. “So they felt like it was a lot more real-world applicable.”

The value of the competition for the students isn’t necessarily the knowledge they gain, though, Warren said.

“Anything that a student learns specific to a robotics platform today could be obsolete in just a handful of years,” he said, “and so the underlying thing that robotics helps students with is problem-solving.”

From Carlton’s perspective, the competition builds her young students’ confidence.

“I have girls who are afraid to drill PVC pipe, but after they drill it, they’re like ‘Oh my gosh, I can do this,’” Carlton said. “Then they start thinking outside the box and realizing they can do so much, and they can take this into real life.”

An earlier version of this article misidentified the grade level of one of Bethany Carlton’s teams. She coached teams from fourth and fifth grades. 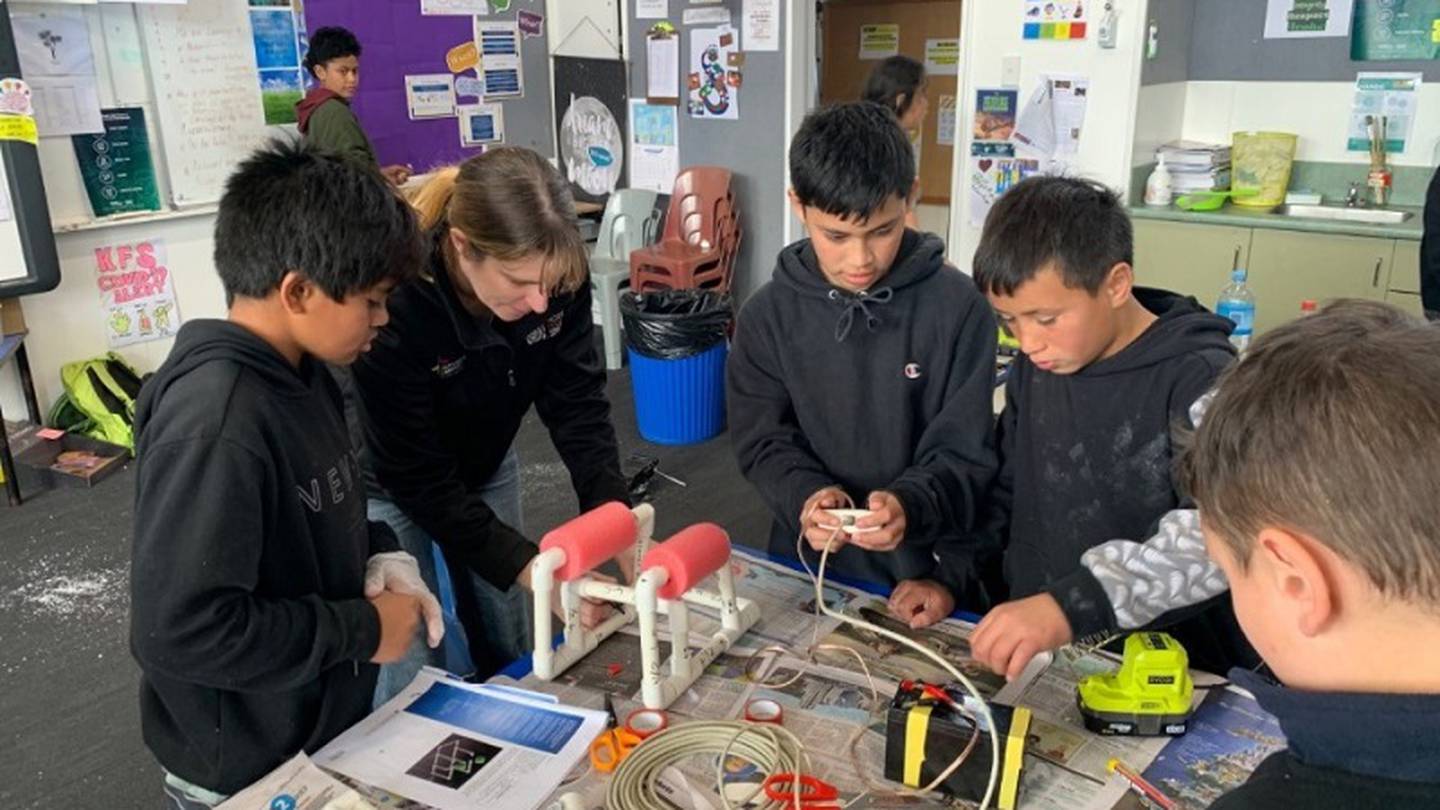